Previously, we focused on the law to deal with before buying a press brake. Today, we will try to understand the different features it must have to be considered safe by law.

The importance of the various stages

“During the design stage, the press brake already has to take into account the security integration principle that concerns not only the use of the press on duty, but also the regulation, maintenance, assembly and dismantling stages” the Inail Security Manual on press brakes quotes. So, the best moment to achieve the goals and secure press brakes is – as can be deduced – during the design stage, because during the metal sheet pressing nothing can be left to chance and to reach such goals we start from the premise that the mchine we want to buy and use must be safer than a spaceship.

Factors to be considered

Let’s start from this: muting and blanking.

Muting is about the fact that press brakes are usually designed so that for a stretch of race, the stamp has a certain speed (e.g. 100 mm/s). Later, at a point called “muting” programmed when the CNC is on board, the stamp continues its race at low speed until it performs the fold (≤10 mm/s). This is possible only if the machine has a hold-to-run device and a system with a photocell system device.

Blanking, instead, is a feature available for optical barriers: in some parts of the sensitive field they can be disabled. This means that one or more areas of the detection area of the optical barrier are made inactive to allow a part of the performing piece to enter a detection area without activating the protective device. Suppression can be incorporated into the optoelectronic protective device only as long as the safety distance is such as to guarantee that reaching the dangerous area is impossible.

We know that a single post can’t explain all the topic, so here it is an hypothetical list to consider when buying a good press brake: for example, we need to consider the setting of the physical barriers (guards that can be of two types: fixed, at total segregation, that avoid the access to the dangerous area on all sides, solidly fixed to the machine, to another rigid structure or to the ground; and the one called “interlocked guard” associated to a micro-switch made for avoiding the access to the dangerous area during any dangerous movement, if used along with fixed guards) and intangible barriers (that is, safety photocells made of electro-sensitive protection devices that use opto-electronic protection devices active where the operator safety is given by the detection of that part of the human body that enters the dangerous zone and provokes the stop of dangerous movements).

And then, in vertical or horizontal position, laser scanner systems, two-hand control, with other body areas to be protected, such as the front, side and back areas of who works with a press brake are just some of the factors to consider when talking about safety of machinery.

Designers have to take all the practical measures to ensure that the devices inserted into the designing machines don’t become a danger for whoever assemble, install, keep or make fixings, while the designers, manufacturers and suppliers of press brakes and individual protection devices have legal duties that must satisfy also all the international laws.

Indeed, the different control system such as the two-hand one and the three-position pedal and, more in general, all the press brake control systems and the associated safety components (laser, scanner, and so on) have a primary relevance for press brakes.

Considering all the features just listed, a greater security will be achieved, even when buying a used product: wide and well stocked and, as we noticed, that every manufacturer has in the company. 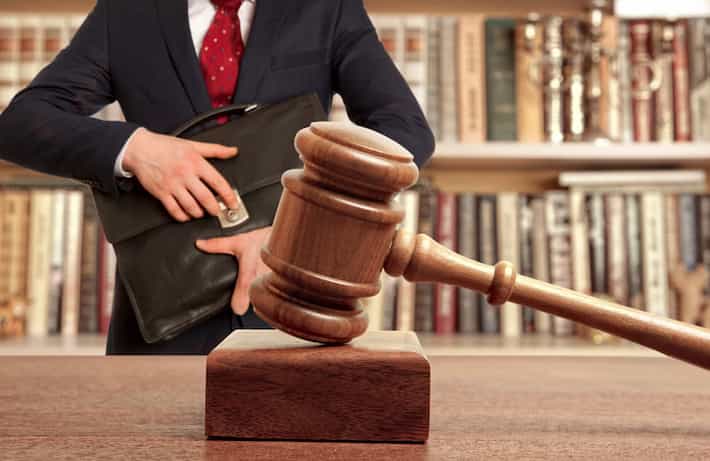 THE LAW TO BE CONSIDERED WHEN CHOOSING A PRESS BRAKE